The importance of a balanced assessment system seems inherently clear, but not all educators and assessment industry professionals share concrete pictures of what makes up such a system. One of the obstacles to shared understanding is the terminology used to describe the parts of the system. The terms can be confusing—people may use one word to mean different types of tests, or they may use different words to refer to one type. What’s an educator or assessment leader to do?

Even within Measured Progress, we found ourselves getting tripped up by the terms. So we decided to create consistent definitions of assessment terms to make sure we’re working from a common understanding when we talk with colleagues and partners—and with you, educators and decision makers. We created an infographic that defines the 4 main components of a balanced assessment system: 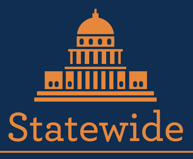 Our vision of a balanced assessment system, along with some other helpful terms, appears on the infographic. Also, you can check out previous posts in this series, on formative resources , benchmark assessments, and interim assessments. In this final post of the series, we explore state accountability assessment.

Let us be clear

Some assessment terms helpfully indicate the intended purpose of the assessment. Others . . . not so much.

How are states held accountable?

Accountability is defined and evaluated at both state and federal levels, and statewide assessments are a major component of both levels. Each state has its own system to evaluate schools and districts to assure that they are raising student achievement for all students, and to initiate improvement efforts as needed. Some states issue “report cards,” grading schools from A to F. Others use numbered levels or other designations. In every case, placing a school or district in a defined underperforming category triggers remedial action and/or additional oversight.

Similarly, the federal government holds states accountable for the performance of their schools and districts, and uses the results of statewide assessments as one of the indicators. This wasn’t always the case. State accountability to the federal government began with the enactment of the Elementary and Secondary Education Act (ESEA) in 1965, under President Lyndon Johnson. In fact, it wasn’t until 1979, under President Jimmy Carter, that the U.S. Department of Education (USDOE) was chartered as a cabinet-level federal agency.

Considered a civil rights law, the ESEA was created to promote “equal educational opportunity” as our “first national goal.” The ESEA has been amended, revised, and reauthorized multiple times since its enactment more than 50 years ago. In 1988 the law began to expand the requirements for student testing and accountability, which put the focus on student test scores and on requiring improvement plans from schools that fail to make progress. In 1989, President George H.W. Bush convened an education summit with all but one of the nation’s governors, emerging with bipartisan consensus that set high expectations for the nation’s schools.

Presidents G.H.W. Bush, Bill Clinton, and George W. Bush each signed amended or additional legislation, including the 1994 Improving America’s Schools Act, an ESEA reauthorization that introduced the requirement for “adequate yearly progress.” These expansions culminated in the 2002 reauthorization, the No Child Left Behind Act, which moved toward greater federal oversight and expanded testing requirements.

During the administrations of Presidents G.W. Bush and Barack Obama, Congress delayed reauthorizing the ESEA, but invested heavily in education as part of the American Recovery and Reinvestment Act of 2009. Those funds ultimately led to the Race to the Top grants and the creation of tests aligned to the Common Core State Standards. In the meantime, recognizing that the requirements under NCLB were hindering states, the DOE began issuing waivers from some of the mandates of NCLB. The waivers included their own requirements for states regarding ambitious standards, teacher evaluation, and school improvement.

Signed by President Obama in late 2015, the Every Student Succeeds Act (ESSA) is the latest reauthorization of the ESEA. While retaining its predecessors’ commitment to equal opportunity for all students, ESSA returns more control and responsibility to the states. The federal government still holds states accountable for showing improvement in their schools, but is less prescriptive about how to demonstrate that improvement and how to intervene in underperforming schools and districts.

States must submit their accountability plans to the USDOE, and must include a non-academic measure in addition to test scores to demonstrate students’ progress. In addition, ESSA offers a degree of flexibility that allows states to be more innovative in their assessment approaches.

In the context of a balanced assessment system, one possibility— still in the speculative phase—is for states to use data from interim or benchmark assessments as part of their accountability systems. Our founder, Dr. Stuart Kahl, has some ideas about how to accomplish this.

States have already submitted their accountability plans to the USDOE, but it will be some time before educators, policy makers, and assessment professionals fully understand and implement changes to assessment approaches allowable under ESSA. Using consistent, shared terms, helping one another understand the purpose and role of the various types of assessment, and clarifying our purposes for each test we choose can help all of us create assessment systems that benefit every student.

For a concise history of U.S. education policy, see this Education Week timeline.

The USDOE provides extensive information, including an overview of ESSA.

Our Press Room chooses topics of interest from activities around the company, to provide a closer look at ways to improve learning and instruction, and to help demystify assessment issues.

Cognia has the knowledge to help schools improve. Cognia offers accreditation and certification, assessment, professional services and consulting within a framework of continuous improvement. The result of the merger of AdvancED and Measured Progress, Cognia was formed to bridge the gap between school evaluation and student assessment. As a global non-profit working in over 80 countries, our 36,000 institutions serve and support nearly 25 million students and 5 million educators every day, Cognia is an undeniable force for enhancing schools, engaging students, and driving better outcomes for all.